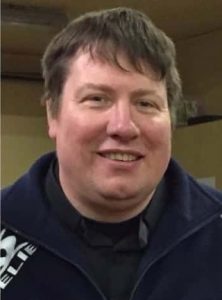 Nick moved into Middleton Cheney in December 2017 with his family while concluding his ministry in Coventry, having previously worked in the Royal Mail in south London. This is his fourth posting as a priest within his third diocese – he is also a chaplain with both the Air Training Corp and an officer within the Royal Army Chaplain’s Deparment, serving with the Warwickshire Army Cadets. Father Nick, as he is often known, brings a wide range of skills and is already working within the wider community and the Benefice on a range of initiatives.

Next Service with Rev Nick